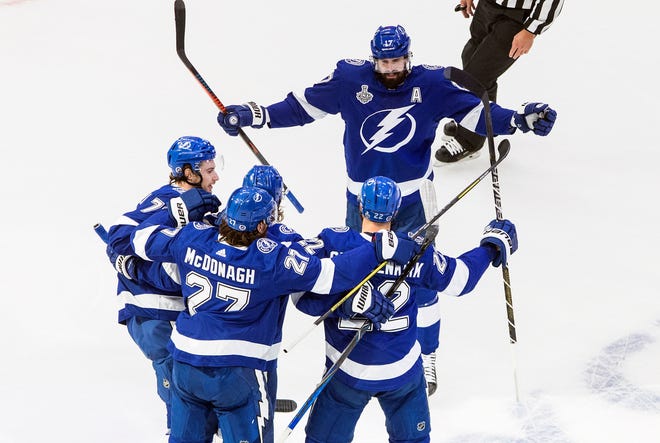 For the first time in 20 years,

the Dallas Stars made it all the way to the Stanley Cup finals. The series is led 2-1 by the Tampa Bay Lightning as of September 24, 2020.

The Lightning has qualified for the playoffs 11 times out of their 27 completed seasons, and they won the Stanley Cup finals one time in 2004.

After the Stars beat the Calgary Flames (4-2), the Colorado Avalanche (4-3) and upsetting the Vegas Golden Knights (4-1), the Stars are back in the championship.

The Stars destroyed the Lightning in game one, ending with the final score 4-1. After a tied, 1-1, first half the Stars managed to score three more goals to secure their victory.

However, game two of the playoffs was not as easy to win. The lightning had three goals in the first period, and Dallas had none. The Stars ended up scoring one in the second period and one in the third. However, this comeback wasn’t enough to get the win. The Lightning ended up winning this game 3-2.

Game three, and the most recent game of the series, was a very important game. This game would end the tie, giving the winning team a slight advantage over the other. The Lightning scored two goals in the first period, with Dallas trailing with only one. Tampa then scored three more goals in the second period, shutting out Dallas who only managed to score one more goal in the third. The game ended 5-2 with the Lightning leading the series.

The final four games, TBD, are being played on September 25th, 26th, 28th, and the 30th. The series will end when one team has won four games.