2020 Emmys go on despite pandemic 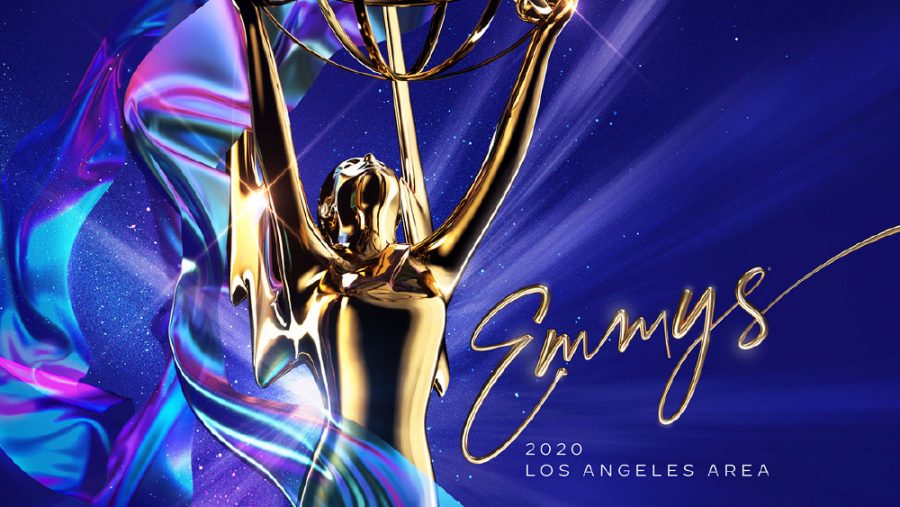 Sam Woloson, Editor-in-Chief of The Prowler

On Sept. 20, the 72nd annual Primetime Emmy Awards were held at the Staples Center in Los Angeles, California. The show was altered because of the ongoing COVID-19 pandemic. Among these included an empty audience and no red carpet photoshoots. Award winners received their awards virtually through live feeds and gave acceptance speeches there.
The show started with its host, Jimmy Kimmel, delivering an opening monologue to an empty Staples Center. Kimmel was supported by laugh tracks and cut-ins to nominees that were filmed in previous award shows. Kimmel did admit that there was nobody in attendance, taking a jab at President Trump by saying “This isn’t a MAGA (Make America Great Again) rally.”
Perhaps the biggest winner on the night was Schitt’s Creek. The Canadian sitcom took home seven total awards, making it the first comedy to win all seven major awards and also the most highly rewarded comedy in the history of the Emmys. Producer, actor, director and writer, Dan Levy, won awards in all four major disciplines, making him the first person to accomplish that.
Another big winner was Zendaya, who became the youngest actress to ever win the Outstanding Lead Actress in a Drama Series award. She won for her betrayal of Rue on the critically acclaimed HBO drama, Euphoria. Those tuning into the show could see an emotional Zendaya accepting the award. “Thank you to all of the other incredible women in this category,” Zendaya said. “I admire you so much.”
As streaming service starts to become a new normal, it’s only natural that two of the titans in the industry went head to head in most categories. Netflix and HBO both had over 100 nominations across their many programs, but it was HBO who reigned supreme with 30 Emmy wins to Netflix’s 21 wins. “Euphoria”, “Watchmen” and “Succession” took home plenty of silverware for HBO.
While there was great victories for many actors, actresses and series, the show itself had its least viewed broadcast in history. 6.1 million U.S. viewers tuned in – just over 1% of the nation’s total population. Despite this, the show was overall a success and a proud feat for those who managed to organize the show in its new format.