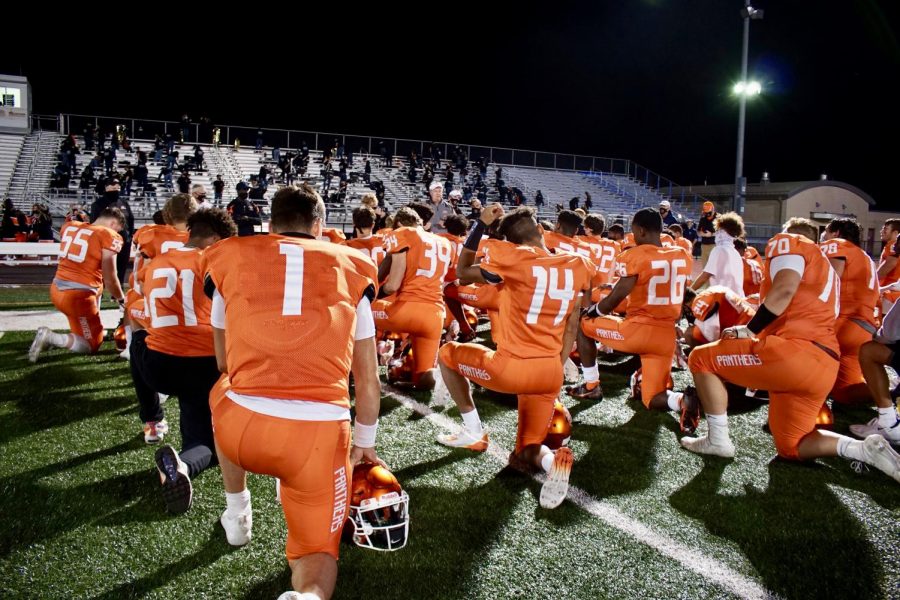 Despite all the chaos happening in the world right now, Central York High School still managed to hold its annual homecoming football game and court. It looked a little different this year with no dance and a limited capacity of fans, but Central was still trying to make the best of the situation.

On Friday, Oct. 9, the Central York Panthers took on the Spring Grove Rockets for their fourth game of the season and their annual homecoming game. As far as homecoming court goes, after a total of 40 students had been selected, it had been narrowed down to seven men and seven women. Before the game, all 14 students walked across the field accompanied by their parents. Central York homecoming queen and king, Princess Gabriel and Alex Arrow, were crowned Friday, right before kickoff.

Going into the game, Central had outscored their opponents 162-3. Not only have they been dominating on the field, but Central’s program has done an outstanding job keeping everyone safe off the field.

Central had beat Spring Grove 47-0, marking yet another shutout for the undefeated Panthers. With the win, Central York improves its record to 4-0 on the season. Central York Junior and Penn State commit Beau Pribula threw for 267 yards and three touchdowns, caught by Parker Hines (sophomore), Judah Tomb (senior), and Taylor Wright-Rawls (senior). Central also dominated the running game with four additional rushing touchdowns by Isaiah Sturgis (senior), Imeire Manigault (junior), Raquel Dewitt (junior), and Jahmar Simpson (senior). The team totaled with 495 yards and a win Friday evening. The Panthers travel to Northeastern to encounter the Bobcats on Friday, Oct. 16, for their fifth game of the season. The Bobcats go into the outing with a record of 0-4.

Regarding homecoming, Central York was not able to hold their school dance and parade due to social distancing and COVID-19 restrictions.

Overall, the Panthers played extremely well in their annual homecoming game. Despite all the differences this year revolving around sports, the school and the dance, Central has done a great job following all health guidelines to keep everyone safe and healthy, as well as beat Spring Grove to get the win on their 2020 homecoming game.