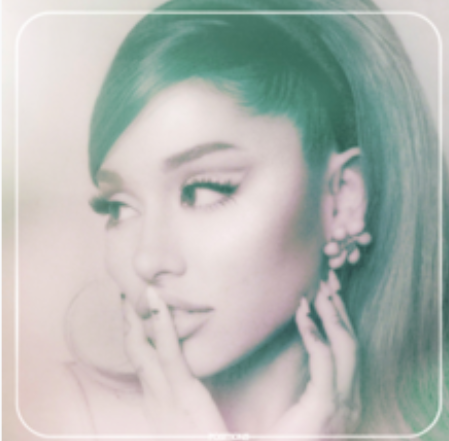 On Oct. 30, Ariana Grande dropped her 6th studio album titled “Positions.” It has fourteen tracks that expand on the R&B and trap-pop sound that Grande incorporated into her last two albums “Sweetener” in 2018 and “ Thank U, Next” in 2019. It also has some elements of hip hop, neo-soul and funk.

“A 90s baby catapulted into this cloud of polished pop dust and then 6 million different personalities singing a bunch of harmonies together- that’s how I would describe my sound,” said Grande during an interview with British Vogue.

Grande worked with a variety of producers on the album including Tommy Brown, Anthony M. Jones, London on da Track, Murda Beatz, The Rascals, Scott Storch, Shea Taylor and Charles Anderson. The album also has guest appearances by Doja Cat, the Weekend and Ty Dolla Sign.

“The goal for this was not only to continue the throughline but to sing a little more. I think I was very excited to focus on that narrative and making fun bops for a little while and I missed really singing more. I wanted to sing a little more on this one,” said Grande while interviewing with the Zach Sang Show.

Lyrically, Grande has received some backlash as the album revolves around explicit themes. Critics also claim that it didn’t broaden her sound or break any new ground despite it being strong vocally.

“It’s a very terrifying and beautiful thing. And I think that’s the thing with the internet and putting stuff out there. It could be so beautiful and you can make so many important relationships with friends and fans and see them come together… and at the same time you’re scared to see someone misinterpret your work and you get really nervous about that.” said Grande.

Grande expressed how this album was made during a time of healing and better mental space than “Thank U, Next.” She hopes that this is expressed in the music.

No matter what critics think, right now, the title track “Positions” is number one on the Billboard Hot 100. Her fans have been enjoying the album as it was released at the perfect time. With the stress from the elections, it is no surprise that “Positions” is helping to take the edge off for many of her fans.

“ I love listening to ‘Positions’ as I get ready. It helps me prepare for the day.” said senior Annie Wineka.

You can stream “Positions” on Spotify, Youtube, Apple Music and other music streaming platforms.