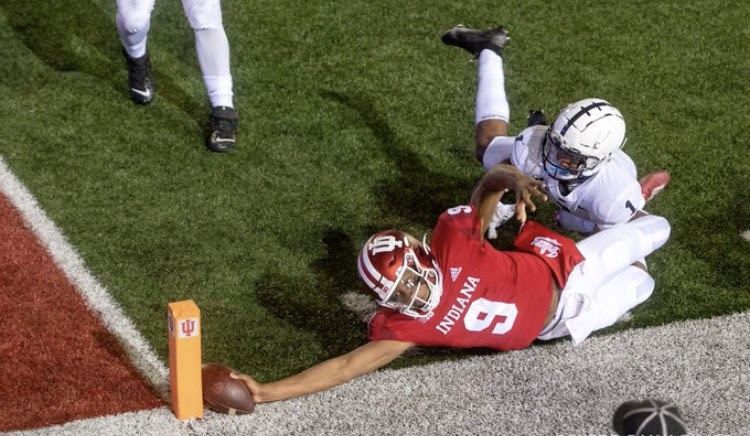 Despite currently being in a worldwide pandemic, college football is returning this fall to stay, but this time with masks, sanitizer and many safety protocols. College football is one of the most-watched sports in the US, and fans have been dying waiting for its return.

On Saturday, Oct. 24, The Big Ten kicked off after the league’s presidents and administrators unanimously decided to resume the games. Each team will play eight games in eight weeks before the Big Ten championship game on Dec. 19. The Big Ten would complete its season before Dec. 20, which is Selection Day for the College Football Playoff. Penn State athletic director, Sandy Barbour, said the Big Ten has agreed to have no spectators attending football games this season. Despite having no fans, students and staff are still very excited about the return.

“Everybody looks forwards to watching their teams play on Saturday, so having that back is definitely something to be excited about,” says Central York student.

There are many risks to returning, however. With football coming back, colleges have to pay for frequent COVID-19 testing of the players and staff. If a player or coach tests positive, they would have to quarantine in a safe location. This, however, could negatively impact the entire team by having them miss games, or possibly playoffs. For example, the Wisconsin Badgers had to halt their season after their starting quarterback, Graham Mertz, tested positive for COVID-19 on Tuesday, Oct. 27.

Despite rare instances like the Wisconsin Badgers, the National Collegiate Atheltic Association (NCAA)  seems to be taking good precautions to prevent any further cases in the league, while players and coaches are trying to stay positive during this hectic time.

Even though the highly anticipated comeback of college football may excite many people, some wonder if it’s a smart thing to do.

“I don’t know if ‘smart’ is the correct word to use in this situation. There is always going to be a chance that you can get sick in any environment. I think that as long as teams and players follow all guidelines and rules, then it will make a much safer environment for players, coaches or anyone participating,” says Central York Student.

Whether you think it’s a good decision or not, college football has returned after a highly anticipated off-season. It will look different with no fans and set safety guidelines, but at least fans get to watch their favorite teams back in action.