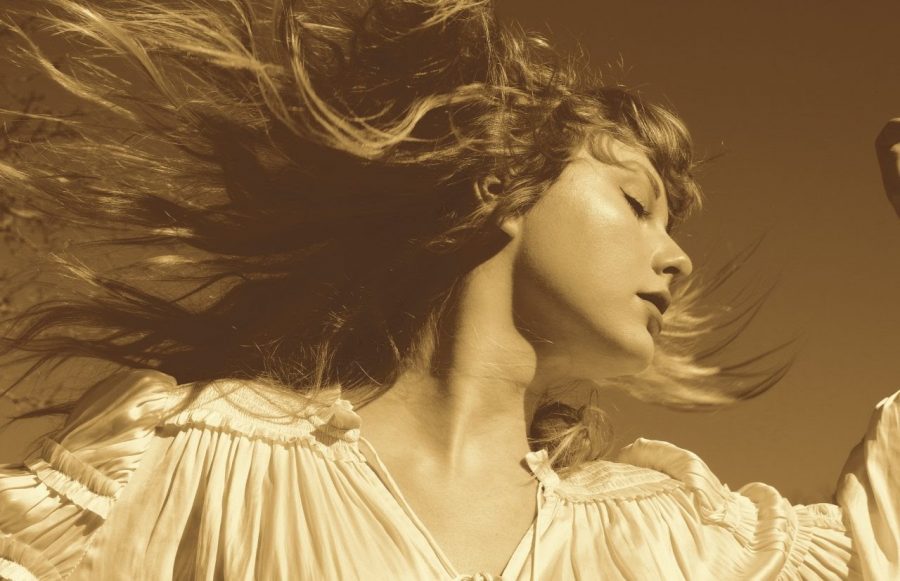 Anna Lumsargis, Editor-in-Chief of On The Prowl

Taylor Swift just re-released her hit song “Love Story,” topping the country charts for the second time, an accomplishment that has only been done by Dolly Parton’s “I Will Always Love You.” She recently announced on Good Morning America that she would be releasing a re-recording of her entire “Fearless” album including six new songs from the vault on April 9. This won’t be the last re-recorded album for Swift as she plans to re-release her first five albums.

So why is she spending so much time and money re-releasing her music? It all has to do with Big Machine Records and Scooter Braun.

Big Machine records — which is known for producing big name artists such as Ariana Grande, Justin Bieber and Demi Lovato — signed Swift in 2006 when she was just a teenager. She went on to record her first six albums on that label and was a staple artist for the company.

Swift was seemingly unaware that Braun’s company owned her music and even called the deal, “my worse-case scenario.” Swift also said that she had tried to buy back her masters (the original recordings)  from Big Machine, but the terms the label offered her were intolerable. Braun would then sell her music to a private equity company called Shamrock Capital — a deal that would not only grant him a reported $300 million — but also a continued profit from Swift’s music.

“For years, I asked, pleaded for a chance to own my work. Instead I was given an opportunity to sign back up to Big Machine Records and ‘earn’ one album back at a time, one for every new one I turned in. I walked away because I knew once I signed that contract, Scott Borchetta would sell the label, thereby selling me and my future. I had to make the excruciating choice to leave behind my past,” said Swift.

For artists, master recordings — the original recordings of musicians’ work — are vital musically, historically and financially. If you own your masters, you control the licensing rights and therefore can control what your music can be used for and earn the money the music makes. As Prince famously told Rolling Stone back in 1996, “If you don’t own your masters, your master owns you.”

Because Swift wrote her own songs, she retains the rights to the lyrics, melodies, and compositions that comprise them, and she doesn’t have to ask permission from or pay anyone to use them how she sees fit. Her old contract which included re-recording restrictions, is now expired making it fully legal for Swift to re-release her old albums.

When Swift releases new versions of her old songs, she’ll own both their master rights and their publishing rights, earning every penny they bring in and securing unilateral control over how they’re used.

“Even if the current owners of the old catalog want to do some type of deal for synchronization, without her approval as a songwriter, they wouldn’t be able to do it. By recording the masters herself, it opens the door for her to do those deals directly, ” said Guillermo Page, a former record label executive who’s worked for BMG, EMI, Sony, and Universal.

To license a song, you need permission from the record company who owns it and the songwriter who wrote it. Swift has always said no to licensing offers on the grounds that they would profit Braun—but now he’s out of the equation, she can strike those deals herself, and take home 100 percent of the profits they reap.

“I’ve spoken a lot about why I’m re-making my first six albums, but the way I’ve chosen to do this will hopefully help illuminate where I’m coming from. Artists should own their own work for so many reasons, but the most obvious one is that the artist is the only one who really knows that body of work.” said Swift