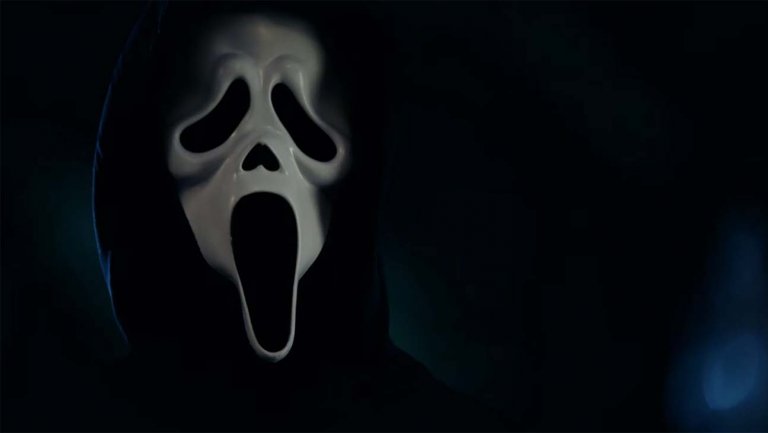 “Halloween” is a 1978 slasher film directed by John Carpenter. The story talks about Michael Myers, a mental patient, who was put into an institution for the homicide of his sister on Halloween night when he was only six years old. Fifteen years later, he escapes and returns to his hometown, Haddonfield, IL, where he creepily follows a babysitter and her friends while being hunted down by his psychiatrist. Before going home, Myers steals a white mask from a hardware store, creating the infamous “Michael Myers” look many people replicate every Halloween.

“Scream” is a 1996 slasher film directed by Wes Craven. A high schooler named Casey receives a phone call from an unknown caller where they talk about horror movies. The phone call turns dark when the unknown caller threatens her life over the phone. “Scream” goes around threatening high school students in the town via phone calls, which is all a part of his little game. He wears an all-black cloak with a white ghost face mask, which is arguably the most iconic mask of all time.

“The Blair Witch Project” is a 1999 supernatural horror film written, directed and edited by Daniel Myrick. Located in Burkittsville, Maryland, three student filmmakers create a documentary about a local legend known as the Blair Witch. The boys suddenly disappear, but their equipment and footage are discovered a year later in a wooded area, the same footage is what the viewer sees throughout the movie. The film at the time had many people wondering, “Is the Blair Witch Project Real?” and is still one of the top Google searches to this day.

A Halloween special, “It’s the Great Pumpkin”, Charlie Brown was the third Peanuts special. Produced and animated by Bill Melendez, Linus and Lucy go out to a nearby pumpkin patch to find a pumpkin to use as a jack-o-lantern. All the characters go through normal Halloween traditions such as carving pumpkins, trick-or-treating, decorating and mailing letters to the Great Pumpkin. Well, not the Great Pumpkin part. The film is a children’s classic that the whole family can enjoy together.

“A Nightmare on Elm Street” is a 1984 supernatural slasher film directed and written by Wes Craven. Located in Springwood, Ohio, four teenagers living on one street (Elm Street) are invaded. Even though they were dreaming, they passed away in their dreams by a man with a bladed glove. The man causing the terror has burn marks all over his skin and a distorted face. The kids have to stay awake the best they can to avoid Freddy Krueger, famous for terrorizing kids based on their fears in their dreams. This is a great older horror film that has a different aspect of terror to it.