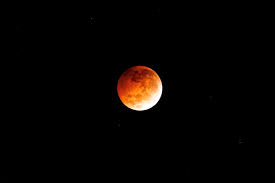 This Beaver moon lasted for over 3 hours because the sun was so far away, causing the eclipse to last longer.

On Thursday and Friday night of 2020 stargazers were able to witness a spectacular sight, the longest Beaver moon in centuries was on display from Thursday night to early Friday morning. A Beaver Moon is a partial eclipse when only part of the moon is in the Earth’s shadow.

“NASA says this partial eclipse is ultra-long because the moon is almost at the farthest part from the Earth in its orbit (known as apogee), which means the moon is moving a bit slower through the shadow of Earth,” said Elizabeth Howell, contributing writer on Space.com.

Since this Beaver moon was only a partial lunar eclipse the moon was not a true blood moon, but it still appeared to be brownish-red. Astronomical news explains why the Beaver moon was worth looking at.

“Lunar eclipses are pretty spectacular as the Moon appears blood-red during these events. It happens because light from the Sun has to pass through the Earth’s atmosphere that filters out most blue light but lets in the red light,” said Astronomical News.

The full moon of each month has a unique name to go along with it that normally dates back to the Native Americans. November is the time when beavers are preparing to save up for the winter and are busy making homes. Hunters would also trap beavers for their thick fur to keep warm. This moon is also known to some as frost, frosty, or snow moon because of the change in weather.

Space.com says the Beaver moon was “the combined light of all the sunrises and sunsets that ring our world at this particular moment.” If the viewing for the Beaver moon was too early, there’s always the two total eclipses in May and November of next year.