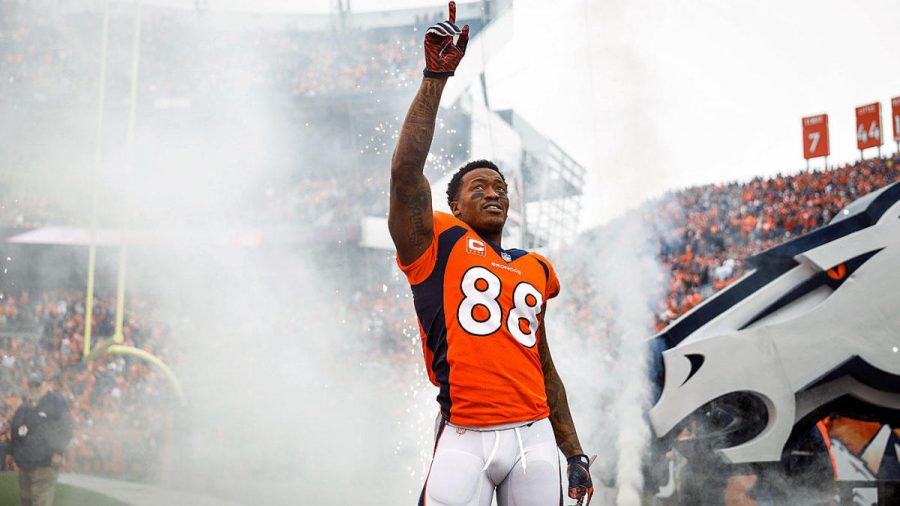 Former Denver Broncos wide receiver, Demaryius Thomas, who played 10 seasons in the NFL and is considered one of the best wide receivers in Broncos history was found dead at the age of 33.

Found in his home in Roswell, Georgia, his death has been rooted from a medical issue. LaTonya Bonseigneur, a first cousin who grew up with Thomas, said that the family believes he died from a seizure.

“He had been suffering from seizures for over a year, and we believe he had a seizure when he was showering,” Bonseigneur said. “Demaryius was a great guy… he came from humble beginnings.”

Thomas spent eight seasons with the Broncos, the same team that had drafted him with the 22nd overall pick in the 2010 NFL Draft. In 143 games, Thomas recorded 724 catches for 9,763 yards and 63 touchdowns. His NFL resume includes five straight Pro Bowls and a Super Bowl 50 ring.

The Broncos released a statement Friday morning, talking about the loss of “an incredible player and a special person.”

“We are devastated and completely heartbroken by the sudden, tragic passing of Demaryius Thomas,” the Broncos said. “D.T. was beloved by our entire organization, his teammates and coaches, and our fans. Recently retiring as a Bronco, we were very much looking forward to celebrating Demaryius for years to come as one of the greatest players in franchise history.”

The NFL also issued a statement saying, “The NFL family mourns the tragic loss of Demaryius Thomas and we extend our deepest condolences to his family and loved ones.”

Athletes and celebrities such as Demarcus Ware, Julian Edelman, Russel Wilson, Tim Tebow, Michael Carter, Tom Brady and many more send their condolences out to Thomas and his family. The heartbreaking news struck many close to the heart of a young man gone too soon.