Why Amazon is evil (Opinion) 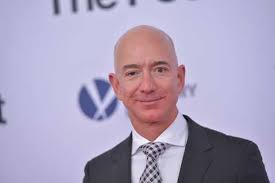 Jeffrey Bezos has also said that drones should be carrying packages by 2015, it is now 2021 and not an Octocropter in sight.

Amazon is a dictator, a dictator that rules over the people and tries to convince them that there is no other option.

Amazon first started out as an online bookstore which may seem innocent at first, but even then the people were concerned that this company was putting regular book stores out of business, which it was. Now that Amazon is selling everything under the sun, they are stealing millions of dollars from small businesses and giving all of it to Jeffrey Bezos.

This company has also sold a product called the Ring, it is used to see the people that ring the doorbell through a camera attached. However, it has been found that certain employees at Ring’s office had access to the video recordings. Furthermore, anyone skilled enough could hack into the Ring’s camera and see private information. There have been multiple reportings of people speaking through these rings.

“Amazon is not accountable. That’s perhaps its greatest evil. They have all the money and all the politicians in their pockets and no accountability. That is a recipe for corruption and evil in any playbook. Absolute power corrupts absolutely and liberals are in their perfect perch at the top of the Amazon slave operation,” said Steve Sybesma on quora.

Cases have been made against the Ring however, the company hasn’t had to pay any money. This could possibly be due to the Conditions of Use and Sale on the Amazon website that states, “​​Amazon.co.uk do not assume any responsibility or liability for the actions, products, and content of any of these and any other third-parties.” Meaning that Amazon will not be taking care of their own products if something goes wrong.