A new year for NASA

The National Aeronautics and Space Administration (NASA) has had numerous project breakthroughs in 2021, with even more planned for 2022 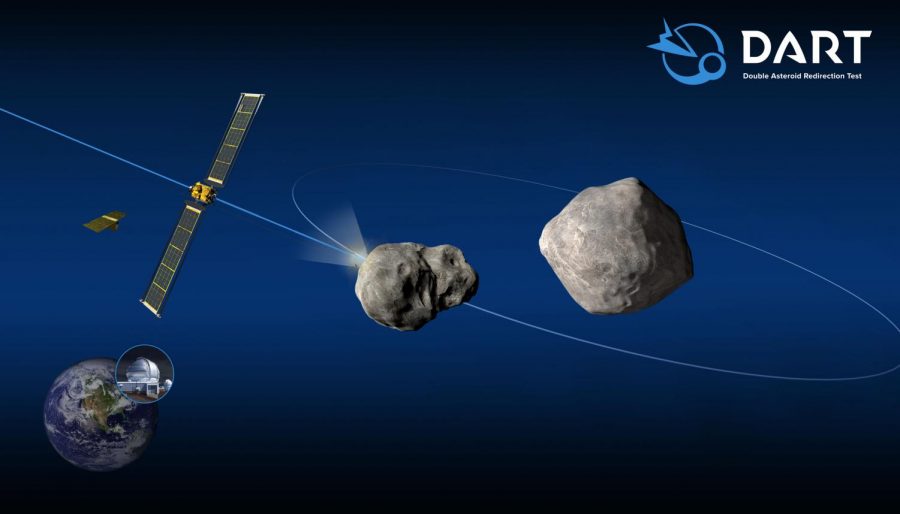 In 2022, NASA will also deliberately crash the Double Asteroid Redirection Test (DART) spacecraft (shown above) into an asteroid’s moon to alter the movement of a near-Earth asteroid.

Each new year brings a plethora of technological advancements, whether it be the release of new smartphone features, artificial intelligence, or virtual reality gadgets.

In 2021, NASA took scientific breakthroughs to a whole new level, however, releasing many programs that are poised to deliver further insight into the potential for life in our solar system.

“At NASA, we turn science fiction into fact, and we do it daily. From continuing to launch astronauts to the International Space Station from American soil to landing the Perseverance rover on Mars and logging the first flight on another planet, 2021 was a banner year for the world’s premier space agency and all of humanity,” said NASA Administrator Bill Nelson.

Perhaps the most recent and exciting occurrence for the agency was the Christmas morning launch of the James Webb Space Telescope, from which the first images will be received in 2022.

The telescope’s purpose is to study the atmosphere of certain exoplanets which may be potentially habitable. It does this using mirrors that detect light invisible to the bare eye, to tell if methane, carbon dioxide, or carbon monoxide (chemical compounds necessary for life) are in the area.

The James Webb Space Telescope has been worked on since 2004, with over 40 million hours going into the project.

“The initial year of Webb’s observations will provide the first opportunity for a diverse range of scientists around the world to observe particular targets with NASA’s next great space observatory,” said Thomas Zurbuchen, Associate Administrator for the Science Mission Directorate at NASA.

Over the past year, space exploration has gained popularity for the fact that it is increasingly accessible to those other than astronauts, as well.

Although still extremely expensive and unavailable to everyday citizens, celebrities have begun stamping their tickets to space.

“Blue Origin – they approached me and without hesitation, I said ‘yes’,” Strahan, who launched on Dec. 9, said, “I’m going to space!”

NASA, too, hopes to expand the limitations of those who have experienced space travel with the Artemis program, whose objective is to land the first woman and person of color on the moon.

The stress test for the Artemis program is in 2022, while the actual launch has been pushed back to 2025 due to litigation and pandemic-related delays.

Nelson lays out the next step in NASA’s plan, “We will use what we learn on and at the Moon to take the next giant leap: sending the first astronauts to Mars,” he said.

Although Mars exploration may seem far off, each year and new launch brings that goal and others more within reach.

“The amazing science that will be shared with the global community will be audacious and profound,” said Zurbuchen.