What to expect from the 2022 Opening Ceremony 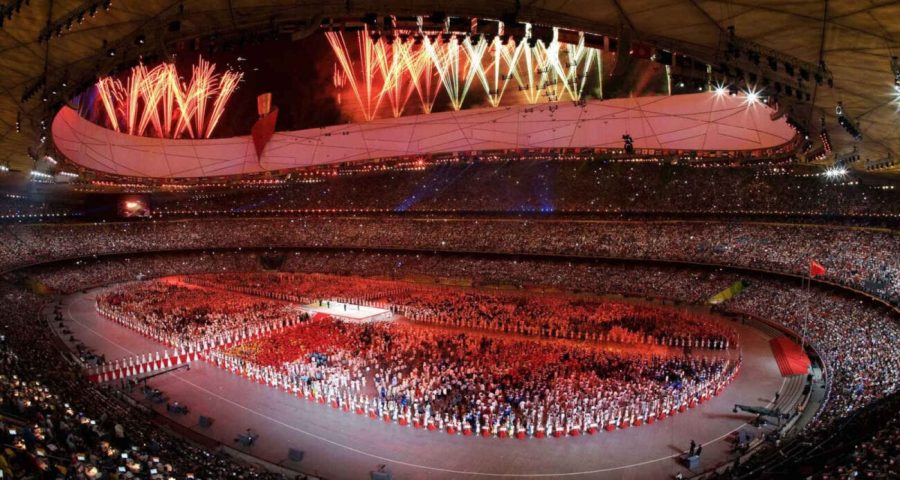 The 2008 Beijing Opening Ceremony was made famous for its elaborate use of actors. Photo by Mike Hewitt.

The Olympic Games is an international sports competition held every four years. The games symbolize the uniting of nations and the progress towards world peace. In 2022, the Winter Olympics are being hosted in Beijing, China. The games will begin with the traditional opening ceremony, a commencement event that celebrates the countries represented and the culture of the country hosting. There is much anticipation for what the ceremony will hold.

The ceremony will take place at Beijing National Stadium and will be directed by Zhang Yimou. Yimou was also the director for the opening ceremony of the 2008 Beijing Summer Games. Yimou’s vision for this year’s spectacle is to keep it simple and classy. He is also putting an emphasis on keeping all of the athletes and other participants safe from COVID-19.

“We want to carry out the concept- simple, safe and splendid. So in that context, as well as during the pandemic, I think it will probably not be lavish and will not last that long,” he said.

The ceremony is expected to last roughly 90 minutes. This is a far cry from the 2008 extravaganza which lasted for four hours.

Yimou has also decided to change the lighting and design of the cauldron from the 2008 model.

“I think it’s totally innovative. It will be a surprise, whether people will like it or not. I hope [they] like it,” he said.

The opening ceremonies are known for the grand spectacles ranging from intricate dance numbers and beautiful clothes to fireworks and flying. This year will be no different with nearly 3,000 actors signed up to perform. While no information has been released about what the performance will look like, previous years indicate a showcase of traditional Chinese culture arranged through dance.

As of now, there has been no information released about who will be carrying the Olympic torch and officially starting the games.

With this lineup before us, this Olympic season is expected to be thrilling. To see the full ceremony in effect tune into either NBC, USA, the Olympics Channel or Peacock Premium at 6:30 AM Eastern Standard Time on Feb. 4.