Learn about some of the great classes that are less talked about and underappreciated at Central. 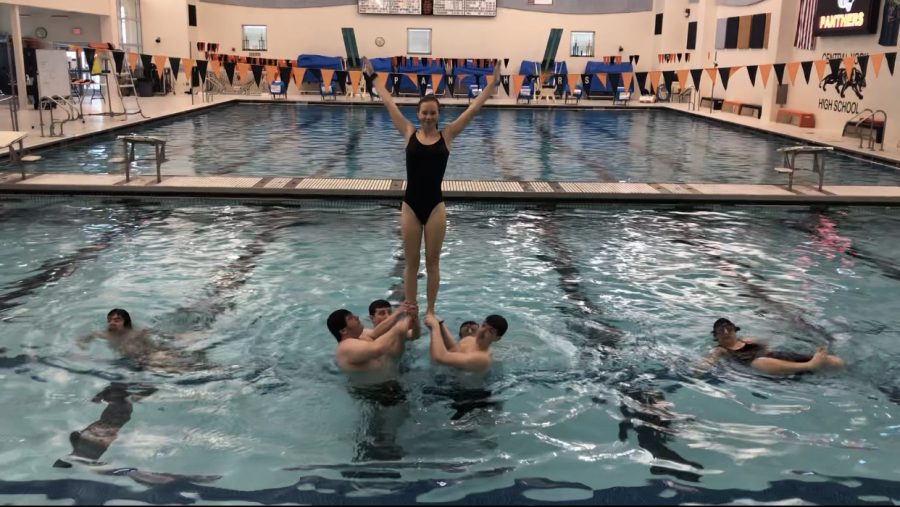 In Aquatics Fitness, students perform many different activities and lessons in the water, including fully-fledged synchronized swimming.

With arena scheduling over, the freshman, sophomore and junior classes were able to select their classes for the next year. Some classes are picked more than others, but there are always hidden classes that go unrecognized.

One class taken by many but still is not talked about much is Regional and International Cooking. This class can be taken by any student that is not a freshman and does require students to take Culinary Arts I as a prerequisite. Unlike its predecessor, Regional and International Cooking focuses more on historical elements and techniques of cooking and baking around the world. Pretty much any student can benefit from this course, as cooking quickly becomes a daily activity in adult life.

“[I recommend it to] anyone who wants to go into the culinary field or anyone who just wants to be able to cook more than just Ramen Noodles when they live on their own,” said culinary arts teacher Amanda Fisher.

Unlike many courses at CYHS, Regional and International Cooking contains much more student involvement. Students cook two different dishes on average per week. One is always a savory meal and the other is usually a sweet meal. Students use their skills from Culinary Arts I to prepare and cook these meals.

“I remember being able to create my own dish from my own country that I got to pick. This was pretty fun because you could make whatever you wanted and it would then later be judged,” said senior Rhianna Wood.

Aquatics Fitness is another underappreciated class on a different side of the academic spectrum. This course is geared toward students who want to continue their passion for swimming after the short swimming seminars in ninth and tenth-grade physical education classes. The class takes place first thing in the morning, which might deter students from taking it, but in doing so, they are missing out on a well-rounded workout and an opportunity to make friends.

“Having a lower number of students than other classes, we have truly developed into a close group. It is not all free time, but we have had a lot of fun together,” said Aquatics Fitness instructor Sara Weber.

Aquatics Fitness welcomes swimmers of all levels. Students could be top of the swim team or just complete a basic swim course. Because of this, the class starts fairly slow with basic swimming and drills. It quickly becomes more of a professional swimming class, as students begin to test their swimming endurance and stroke efficiency. There are also many activities to give some variety to the class, such as canoeing, snorkeling and water polo. None of these activities can be found in any other class.

“Aquatics Fitness is a lot more fun and energizing than sitting in a classroom,” said senior Ryan Wojick.

For students more interested in technology, CYHS has them covered with the class iOS App Development. Similarly to other computer science classes like Game Design or Advanced Web Page Design, iOS App Development involves students coding their own apps to use and publish onto the Apple App Store.

“Students start from the ground up learning a new programming language called Swift. They create basic apps all the way through more advanced apps. By the time they leave the class they have the foundation to be able to put together some pretty sophisticated apps that could be ready for publishing on the App Store,” said computer science teacher Brian Ford.

iOS App Development provides all the necessary components to creating apps like the programming languages and the technology itself. The only challenging part to this class is time management. Since it is a self-paced class, students have a list of assignments and it is their job to keep track of and complete them. Once they get past that hurdle, students will be well on their way to creating their own applications for use in the real world.

“This course is a fun and challenging class that brings in more than just programming – it also includes design aspects and user interface design,” said Ford.

Whether they are cooking up a storm, playing water polo or developing their own technology, both of these classes provide students with an experience that no other class will. Regional and International Cooking, Aquatics Fitness and iOS App Development are just a few of the hidden courses that CYHS offers.