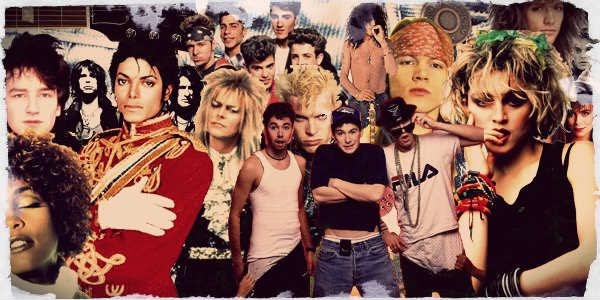 Taking a trip back to the oldies but goodies

The biggest-selling pop record of all time, “Thriller” made Michael Jackson a global icon.

Besides the jelly shoes, leg warmers and the flared pants from the 20th-century, don’t forget about their life-changing music too. Music in the 21st-century has significantly changed throughout the decades. Fortunately, there are still many people that stick to listening to the legendary, history-making songs from the 80s and 90s.

“The 80s has become both a nostalgia rabbit hole and cultural mirror. We’ll likely be jumping down it and gazing backward into it for a long, long time,” stated The Vulture.

Taking a look back into those decades, a wide range of genres are popular at that time. Ranging from heavy metal, techno, R&B, hip-hop etc.

“My favorite [bands] from the time period are Foo Fighters, AC/DC, Aerosmith and Queen. I love these bands because, for most of them, this was their prime and I’m a huge rock fan. I think these decades were some of the best for rock,” said Braeden Reynolds, a junior.

“The best [artist] in my mind would be Freddie Mercury because he always sang about something important, something that makes you wish you lived in these times,” said Katlin Eppley, a senior.

The 80s and 90s music is known to have unique, more emotional and meaningful lyrics, compared to today’s typical music. Overall, the styles of genres have evolved over time, some people argue it’s better and others say it’s not.

“Music back then was less controlled and went into some very dark and sometimes strange subjects. You don’t see that as often now,” said Reynolds.

For example, Megadeth, a heavy metal band that first released music in the 80s, can be known for one of their songs, “Sweating Bullets.” The song can be described as hauntingly beautiful, it’s about the anguish of mental health, something many people struggle to express.

Eppley had mentioned a few of her favorite songs from the 20th-century: “‘Let It Be’ by the Beatles, ‘Love Of My Life’ by Queen, and ‘Imagine’ by John Lennon.” Those songs had all brought an emotional toll over her.

Generation Z seems to not be as fond of music from the 80s and 90s, but possibly they were influenced by their parent’s or grandparent’s love of that music when they were growing up themselves.

Parents and grandparents have said it at least once: “Those were the best days of my life,” just as Bryan Adams sang in “The Summer of ‘69.” No pun intended folks.

“Growing up my dad would always play older bands and I always loved it. My liking for them just naturally grew and grew as I got older,” said Eppley.

Eppley intently described a nostalgic memory that she had with her dad.

“We would go for long drives to my grandparent’s house (an hour away), and he would play Queen,” explained Eppley. “Fat Bottomed Girls” and “We Are The Champions” were two songs that Eppley reminisced about the most during the drives she had with her dad.

“I just remembered loving Queen from there on out. Every time one of Queen’s songs would come on the radio, we would just jam. And that’s probably one of my favorite memories that have to do with older music,” added Eppley.

Uniquely driven songs from the 80s and 90s also bring on the question as to how these decades full of music still are widely loved by many. In contrast to today’s music, it seems it might not have the potential to stick around.

“I feel that 80s and 90s music is more special because even though newer music is still good, older music will forever sell to people no matter the year,” stated Eppely.

Eppley feels similar to many other 80s and 90s music lovers; the music back then is just more special and culturally accepting.

“I feel like music today is slacking; it thrives for like a month at most and just kinda disappears, unlike older music. I feel like music from older time eras tend to always be timeless,” said Eppley.

With all that being brought to attention, don’t hesitate to bring back those memories and sit back to enjoy some of the oldies. Just like Journey said, “Don’t stop believing. Hold on to that feelin.” Do the same for 80s and 90s music and keep the legacy rolling!