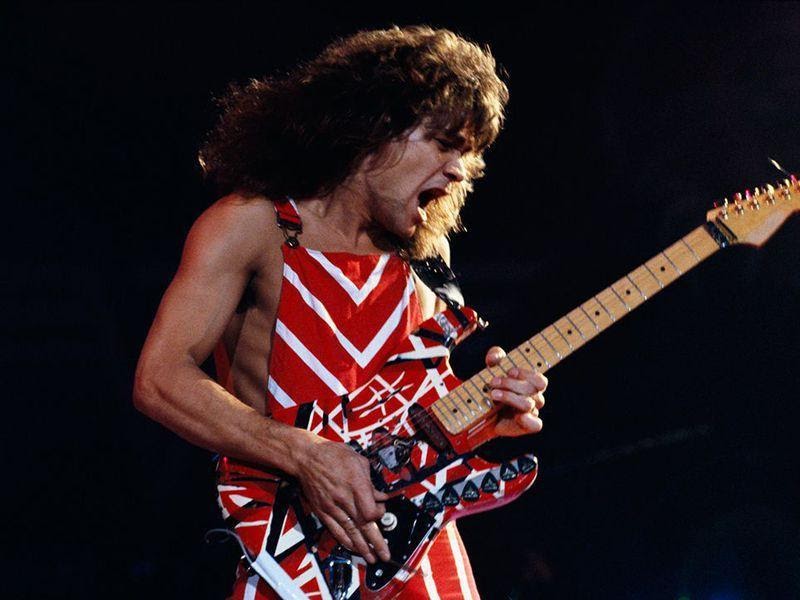 Blue lights flashing, heads bopping, curly locks flowing – such was the contagious energy of a “Van Halen” concert. The music and experience weren’t easily forgettable to the group’s millions of fans, and neither was Eddie Van Halen, the famed rock band’s lead guitarist.

Born with music in his blood, Van Halen was the son of a clarinetist, saxophonist and pianist. Upon moving to California from the Netherlands at a young age, he took up classical piano with his brother, Alex. Van Halen soon proved to be a standout with incredible determination despite the fact that he never learned to read music.

Over the coming years, the band released a string of albums, including their most popular one, “1984”, with hits “Jump” and “Panama.”

The success didn’t come without its own share of controversy, though. Known for dabbling in alcohol, drugs and sex, it wasn’t uncommon for Van Halen to get into rifts with lead singer Roth, who was later replaced.

Despite the setbacks, the band continued to produce music until 2012, a time in which Van Halen’s heath was rapidly declining. The guitarist had suffered a throat cancer diagnosis in 2000, an issue that resurfaced in the last few years of his life. Van Halen died on Oct. 6.

“He was the best father I could ever ask for. Every moment I shared with him on and off stage was a gift,” Wolfgang Van Halen said in a touching tribute to his father.

Family members aren’t the only ones left grieving, though. Around the world, numerous fans are also dealing with the loss.

“We rely on music to get us through our days. Losing someone who relates to that touches a nerve,” said Mr. Ward, a language arts teacher and 36-year fan of “Van Halen.”

Many admirers are paying respects by remembering their own experiences with the group.

“I grew up in San Diego, and they were from Los Angeles,” Mrs. Carfagno said, “We were starting to get some of their music before it exploded. It was a time period I was quite lucky to be a part of.”

The reason that this loss was monumental to the rock world was because of Van Halen’s extraordinary musicality, a talent that cemented his spot as a legend.

“It wasn’t the instrument or the speaker, it was Eddie,” Ward said, “When other guitarists admire your style of play and what you can do with your instrument, you know you’ve made it.”

Many people agree. Van Halen made it.