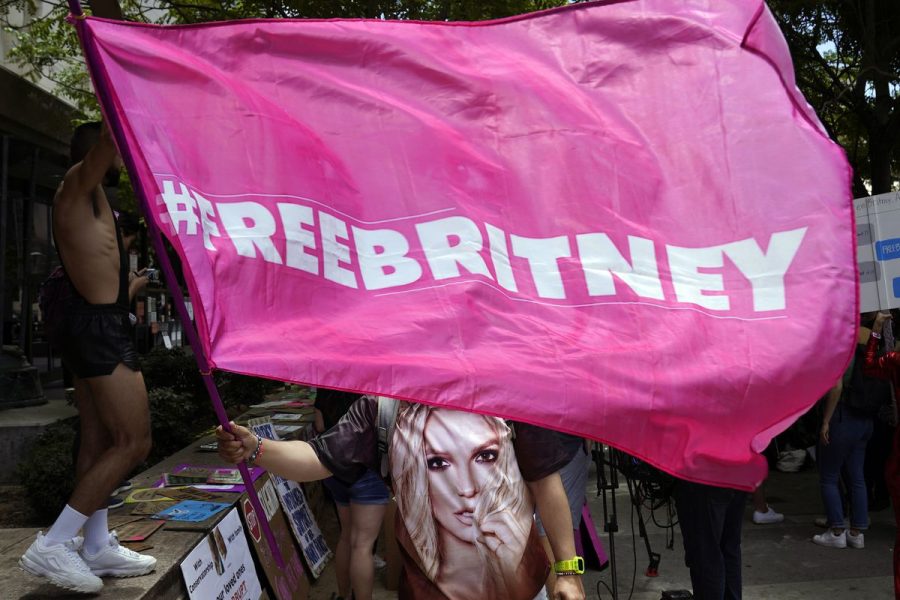 Britney Spears was first introduced to national fandom in 1992 during her casting on Disney’s “Mickey Mouse Club.” Coincidentally, that was the beginning of her decades-long, and continuing, censorship. Aside from her acting career, Spears released her first song, “Baby One More Time,” in 1989. From then on, Spears has achieved six number-one albums on the Billboard 200.

From her success in acting and the music industry, Spears has struggled to maintain her sanity on the internet, according to the courts.  In 2008, James Parnell Spears, her father, was appointed to be her conservator following her very public breakdowns. Spears’ shaved her hair off and lost visitation rights to see her sons. Not to mention she allegedly used substances around that time. The nearly 13-year long conservatorship stripped Spears of making her own personal, economic and legal decisions.

Fans took the initiative on social media to continue supporting Spears once they realized her video uploads on TikTok and Instagram seemed like she was seeking special attention, but was reaching out for help the only way she knew how.  The “Free Britney” movement began trending all over the media in 2019 to advocate against Spears’ conservatorship. This movement momentously regained attention once “Framing Britney Spears” was released Feb. 5,  2021 on Hulu.

Spears then broke silence June 23, 2021 through her court proceedings regarding her conservatorship.

“The control he had over someone as powerful as me, as he loved the control to hurt his own daughter 100,000%. He loved it,” Spears stated.

Spears feels at constant war with her father. She’s always had to be the perfect daughter.

“But my precious body who has worked for my dad for the past buck and 13 years, trying to be so good and pretty. So perfectly. He works me so hard,” mentioned Spears.

According to Smithsonian Magazine, child stars often self-destruct at some point due to the excessive pressure put on them at such a young age to earn money and fame. That could very well explain some of Spears’ actions.

As of Sep. 7, James P. Spears’ lawyers wrote that Spears “believes that she can handle her own life, Mr. Spears believes that she should get that chance.” Hopefully, Spears will seek a true end to the conservatorship and gain control of her life.