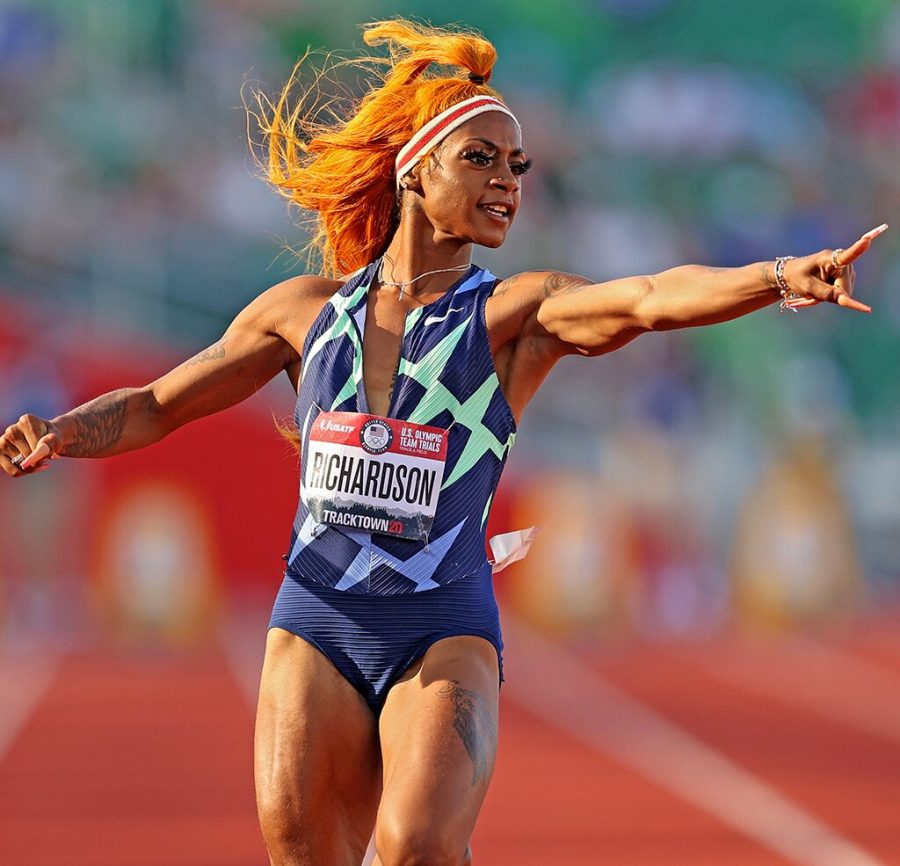 Top sprinter Sha’Carri Richardson’s track story has come full-circle over the past few months – while the gold medal favorite started her 100-meter event at the front of the pack in the Olympic Trials, her chances of winning are gone. Mere days after making the team, Richardson was disqualified from participating in the 2020 Tokyo Olympics due to a failed drug test.

“Everyone wants to be an Olympian. That’s my bigger goal down the line,” Richardson said in 2019.

All was going according to plan for the former Louisiana State University sprinter and “fastest girl in Texas,” before a major hitch surfaced days before her June trials: Richardson learned of her biological mother’s death from a reporter. Although she went on to win in the 100-meter event, the news was jarring.

“It sent me into a state of emotional panic. I didn’t know how to control my emotions at that time,” Richardson said.

The shock of the revelation catapulted her into a rocky headspace that was familiar to her as a teenager.

Richardson described the hardest aspect she faced in a July interview.

In her grieving process, Richardson turned to marijuana as a coping mechanism, disregarding the rules of the United States Anti-Doping Agency (USADA), which state that substances containing THC, the psychoactive ingredient found in marijuana, are banned because they promote, “increased risk-taking, slower reaction times, and poor executive function or decision making….and violate the ‘spirit’ of the sport,” according to a statement from the agency.

On June 28, the USADA banned Richardson from competing for a month and wiped her results from the Olympic Trials.

“I greatly apologize if I let you guys down, and I did,” Richardson said in a message to her fans.

While Richardson was apologetic, though, the U.S. Olympic Committee was quick to contend the legitimacy of her disqualification, with many celebrities and professional athletes calling for marijuana to be taken off of the banned substance list.

“We need to look at what athletes are being given to deal with the mental and physical demands of their sport. If Xanax and opioids are legal, then marijuana should be too,” said Sydney Leroux, a player for the National Women’s Soccer League.

At Central York High School, the opinions on her disqualification are split, with some people torn as to what to believe.

“I am disappointed, but at the end of the day, she still broke a rule, and as a professional athlete, it’s her responsibility to know those rules,” said junior cross country member Thomas Romig.

Whether you like her or not, it is undeniable that Richardson has prompted an important conversation about drugs and policy-making that spans across more than just the track community.