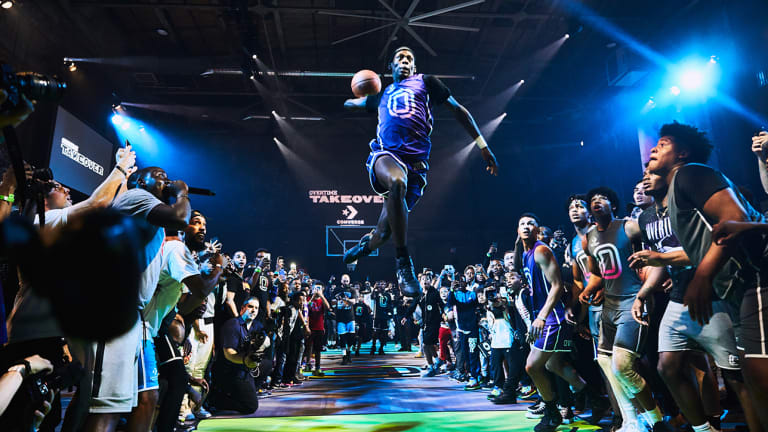 Overtime Elite (OTE) is a brand new sports league created by Overtime, a sports page that has taken over social media. This league gives the world’s most talented and gifted basketball players the ability to play in front of the eyes of scouts and millions of people. This helps pave the way for any athlete that would like to play professionally. OTE also provides a year-round program that includes facilities, world-class coaching and a highly rated academic program for players to continue their education.

OTE teams consist of 16 to 20-year-olds and feature top high school rising juniors, seniors and post-graduate athletes. These include multiple four and five-star athletes. These men will be split into three teams and compete against prep and postgraduate opponents. They will compete both within the league and in other tournaments against domestic and international teams.

Overtime Elite unveiled its complete game schedule and three rosters for its first-ever season, which tips off Oct. 29. Most games will be played at OTE’s new facility in Atlanta, GA, but will also include events in Florida, Ohio, Arizona and North Carolina. The teams will also face each other as a part of the OTE series. Wins and losses will go towards the team’s record, eventually leading to the OTE playoffs which begin in March of 2022. OTE will use a point system to determine records and standings. Wins over OTE teams will count as two points, while wins over external teams will count as one. Teams will also have the ability to gain bonus points with unique events such as dunk and three-point contests, and “One v. One” challenges.

Each athlete gets a minimum of a $100,000 salary per year, as well bonuses and shares of Overtimes equity. With new National Collegiate Athletic Association (NCAA) rules and regulations, athletes are now able to generate revenue off their name, image and likeness. Revenue can be generated through jerseys, video games, and trading cards. They also are allowed to sign with different companies and have sponsorships.

OTE has seven players on its roster who are eligible to be selected in the 2022 NBA draft. This includes potential lottery pick, Jean Montero, the No. 14 prospect in ESPN’s NBA draft top 100. The team names will possibly be changed in the future, but for now, they are Team Gomes, Team Fanning and Team Leitao. OTE has invited National Basketball Association (NBA) teams to their pro day in Atlanta, but the event has not yet been certified due to NBA’s rules and regulations regarding COVID-19. All three teams will be overseen by a head coach and a director of player development.