The Asian American force in US politics 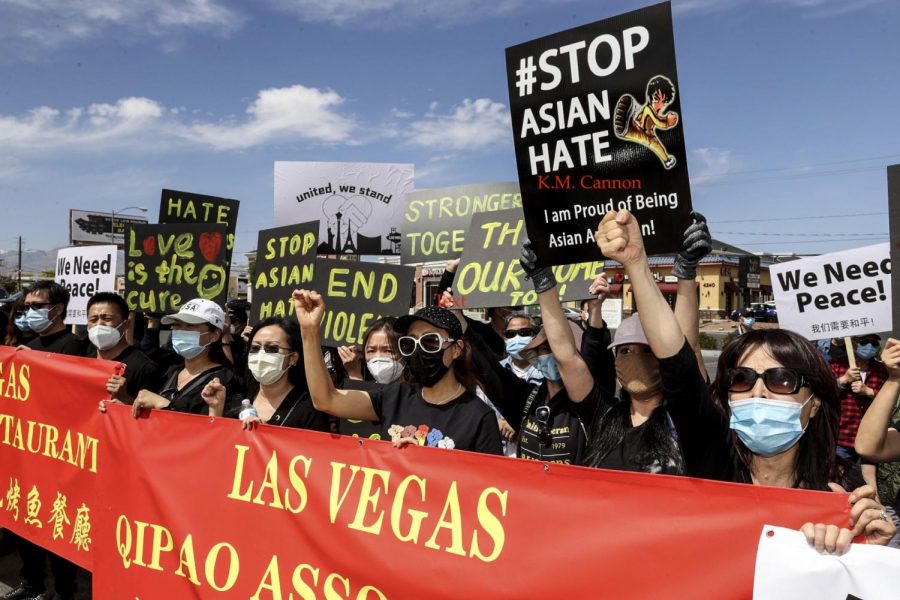 Many Asian Americans have banded together at rallies, such as this “Stop Asian Hate” event at Chinatown Plaza Las Vegas on April 1, 2021.

Asian Americans are the fastest-growing racial and ethnic group in the U.S. They are using their numbers as a force to be reckoned with in politics.

Comprising more than 10% of the population in states such as California and Nevada, Asian Americans are finally becoming large and unified enough to challenge long-held political maps.

After facing a wave of discrimination and violence during the COVID-19 pandemic, many Asian Americans are banding together to advocate for greater protection and civil rights. By doing so they form a powerful voting bloc, or group that votes similarly due to a specific common concern.

“One of the most critical and astounding features of the Asian American community is that, despite this tremendous diversity, there’s actually a remarkable level of consensus around particular issues,” said Janelle Wong, co-director of Asian American and Pacific Islander (AAPI) data.

This consensus has prompted the group to support many Democratic presidential candidates since 2000, with jobs, the economy and health care as issues that matter to them most.

In the 2020 election, a record 60% of Asian Americans voted according to the U.S. Census Bureau. This turnout assisted in flipping Georgia from a Republican stronghold to a blue state, helping move President Joe Biden into the White House.

“Asian Americans are going from being marginalized to the margin of victory,” said Judy Chu, the first Chinese American woman elected to Congress.

Now Asian Americans are working harder than ever for greater representation.

In a once-in-a-decade redistricting process in Nevada, many AAPI groups are hoping to be considered a community of interest, or a community that would benefit from being placed into a single district.

This move would help to better display attitudes of Asian Americans in that immediate area, and avoid diluting voting power.

“This is no longer a population that’s quiet and not going to vote,” said AAPI Civic Engagement Fund Director EunSook Lee, “They turned out in record numbers in 2020 and don’t go back once they’ve become activated.”