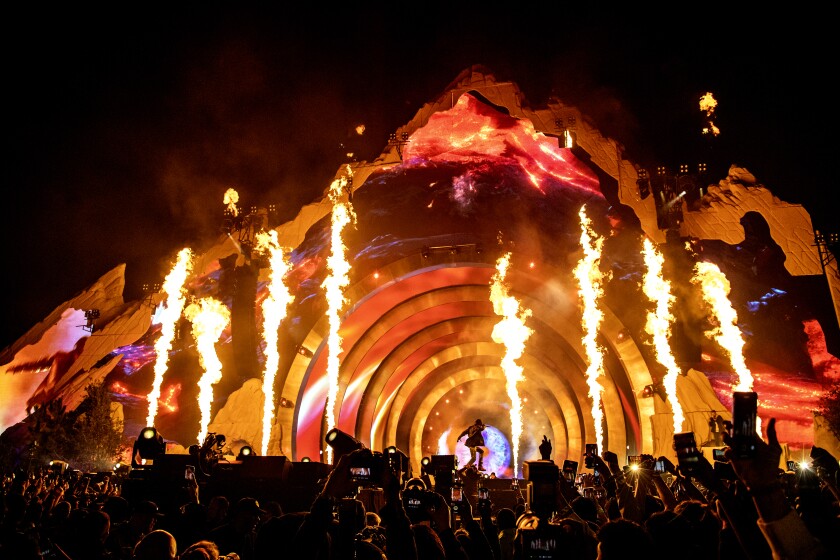 After debuting his latest mixtape and hyping up the release of his newest studio album “Utopia”, Houston rapper, Travis Scott, held his famous Astroworld Festival on Nov. 5, 2021. Travis Scott concerts are filled with energy, rowdiness and tens of thousands of fans sharing their love for the artist’s music. Being known as one of the best live performers of the generation, Scott influences this type of behavior at every event he holds. Sadly, Astrofest 2021 got out of hand, causing a large, public tragedy.

Nine people died and many were injured at the outdoor concert. These fans were injured in a crowd surge that overwhelmed staff and medical personnel.

According to Houston Fire Department Chief Samuel Pena, “The crowd began to compress towards the front of the stage, and that caused some panic, and it started causing some injuries.”

This has been a hugely controversial topic all over social media and online regarding Travis Scott and the event, however, I do not think it is completely Scott’s fault. Many people are saying Scott should have stopped the show, however, multiple sources say he did not have the authority to stop the show.

Travis Scott’s spokesperson, Stephanie Rawlings-Blake, says that stopping the Astroworld Festival was completely out of the rapper’s control. Rawlings-Blake, former Mayor of Baltimore and who once served as the secretary for the Democratic National Convention said, “They have a 59-page operations plan, and it clearly says the only two people that have the authority to stop the concert were the executive producer and the concert producer. [Travis] was not responsible for this, but he wants to be responsible for the solution.”

I do believe that Scott should have stopped if he knew everything that was going on, but with 50,000 people and the reputation they have to be overly energetic, it is hard to tell what exactly is happening.

“The artist, if he notices something that’s going on, he can certainly pause that performance, turn on the lights and say, ‘Hey, we’re not going to continue until this thing is resolved,'” Pena expressed.

The media wants to show videos of Travis continuing on the show, but does not want to show both sides of the story. The show went ahead, but Scott stopped a number of times after spotting people in distress near the stage. “Security, somebody help real quick,” he said into the microphone.

The crowd surges are a big part of the deaths and injuries, but new reports tell that Houston police chief Troy Finner said his team has launched a criminal investigation with homicide and narcotics detectives following the reports of a security officer being injected in the neck.

Experts say staying on the edges of a crowd can help protect you from getting caught up in a surge, but they say it should be the responsibility of a venue to protect its attendees from a tragedy like this.

I believe that even though Travis Scott is taking the blame, the ones in charge of the venue and hiring security and event staff should be liable too. Scott is paying for all funeral expenses of the ones that passed, as well as most likely canceling his upcoming tour. I can’t imagine the feeling that the families and friends of the ones that passed away feel. This should be an example of what can happen if events get out of hand, and every performer should learn from this to prevent any future tragedies.