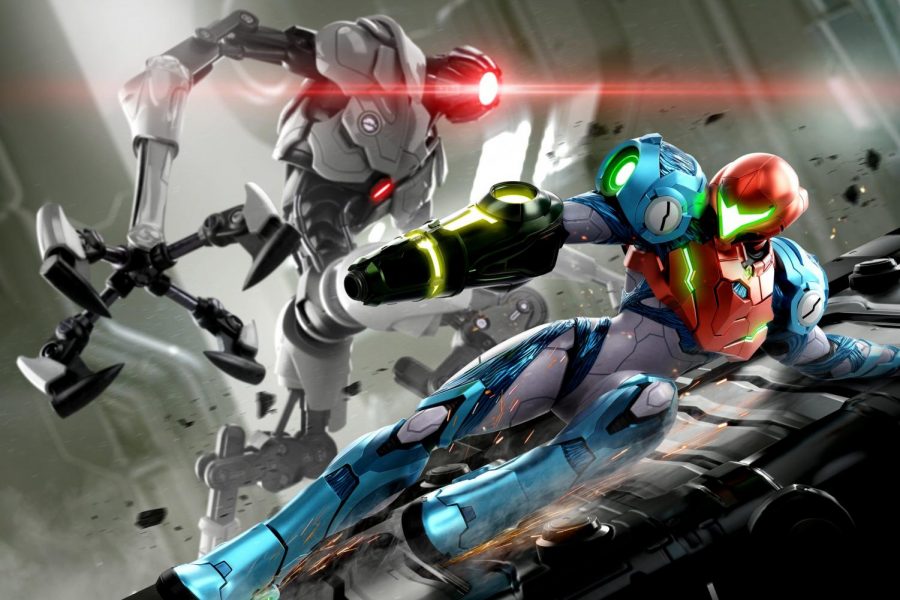 Metroid Dread: Worth the excitement or dreading the purchase?

Of all the different video games and series Nintendo owns, one of the more underappreciated ones is the Metroid series. This series debuted alongside other hit titles such as Super Mario Bros. and The Legend of Zelda. After leaving fans stranded for almost two decades, Metroid Dread, the fifth game in the series was announced and released in October.

The Metroid games had such a distinctive gameplay style that they ended up creating their genre, the Metroidvania genre. Here, players explore vast worlds and look to gather equipment and upgrades. These gathered tools grant the player access to newer and more diverse environments. The Metroid series defined this genre and many newer titles like Hollow Knight or Cave Story have looked to this series for inspiration.

“I honestly feel very happy and thankful that what we did back then has been carried on through so many game developers and game designers,” said Yoshio Sakamoto, producer of Metroid Dread.

Before Dread, the most recent classic-style Metroid game was Metroid Fusion, released on the GameBoy Advance in 2002. It was well-received by many all across the world. The worst part seemed to be the game’s ending, as it left the main protagonist, bounty hunter Samus Aran, in a catastrophic cliffhanger. Fans hoped for her story to continue soon, but no one expected the almost 20-year wait.

“It’s been so long since there’s been a new Metroid game, I expect that this will be the first installment for many players,” said Sakamoto.

Metroid Dread was announced in June 2021 and got fans all riled up. Leading up to the release, Nintendo shared many different screenshots and trailers from the game to raise tension with the community. With the game finally releasing in October of the same year, did it live up to many fans’ expectations?

“It’s not often we get to say this about a game that emerges from more than a decade of development purgatory, but the wait has been worth it,” said Samuel Claiborn, editor of Imagine Games Network.

Dread plays very well for a modern-era Nintendo Switch game. The controls are smooth and special techniques are satisfying to pull off. The game also looks gorgeous with stunning environments and world-building. It makes every area of the game a breath-taking sight to take in.

The mechanics of Metroid Dread vary drastically compared to previous Metroid games. While in previous games, exploring to your heart’s content to find new items and abilities was the main focus, Dread takes that and combines it with horror elements. You still have vast and expansive areas to explore within Dread, but you also have the dreaded (pun intended) EMMI zones the game offers. Here, undefeatable enemies lurk around every corner, waiting for the player to get close. If the player comes into contact with one, a frightening animatic is played and a game over screen follows. This requires the player to play stealthily instead of running in guns blazing. These new areas make the player think much more carefully about their movements compared to other entries in the series.

“The EMMI pursuing you transform entire regions of the map into one-hit-kill zones which is a level no Metroid game has gone to before,” said Claiborn.

Overall, Metroid Dread introduced many new and interesting mechanics that most fans seem to love. From the new abilities and gameplay to the brand new horror mechanics, it seems Metroid Dread will go down in history as an amazing game that was well worth the wait.