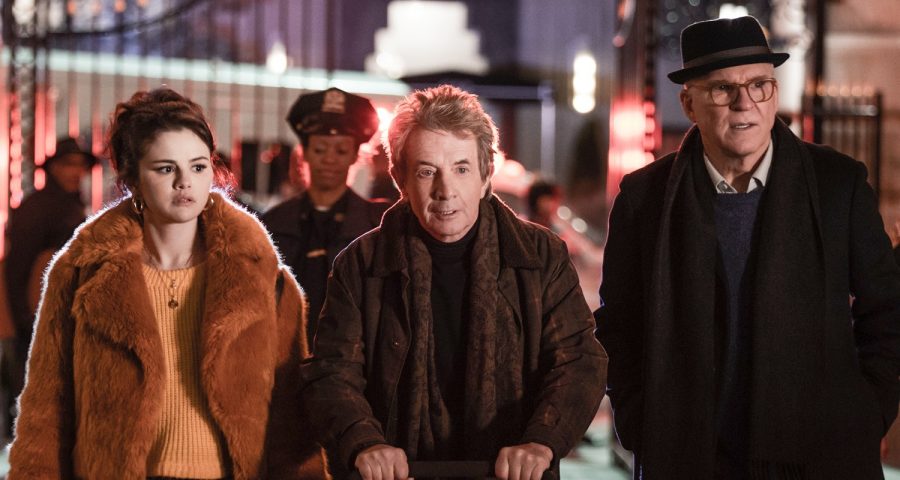 How a murder sparked a podcast

An unexpected murder occurs in your building and you’re intrigued. What do you do? Start a podcast?

Hulu released, “Only Murders In The Building,” a comedy and mystery series Aug. 31, 2021, which follows a trio of true-crime obsessed residents that begin to investigate the mysterious death of a man, Tim Kono, who lived in room 9A. This trio of strangers carries on an adventure to start investigating the closed case that was ruled to be a suicide.

The trio includes three carefully crafted eye-catching characters, Mabel Mora (played by Selena Gomez), Charles-Haden Savage (Steve Martin) and Oliver Putnam (Martin Short). Each one while witty and charismatic, also have a tragic past of career failures and/or breakups.

Mabel is known for walking the streets in her marigold faux fur jacket portrayed as a twenty-eight-year-old woman who hasn’t figured out her place in the world. However, once finding Charles-Haden and Oliver, she fits right in. Their love for the same true-crime podcast bonds them for the entire show, especially since they watch it daily and conversate on the new episodes. Oliver spawns the idea of the podcast and elects himself to be the director.

Nearly every other episode spotlights a new potential answer as to who is the murderer.

The driven, entertaining and unique group constantly finds new information and uses it to piece the case together.

“As their amateur murder investigation deepens, the twists keep piling up, the herrings get redder and redder, and everyone, even the murder victim, gets a backstory that ties neatly (but not too neatly) into the main plot,” stated Glen Weldon,  host of NPR’s “Pop Culture Happy Hour” podcast.

Each episode leaves the audience on the edge of their seats unable to stop themselves from clicking the next episode.  Yet we continue to ask ourselves throughout the series, “who killed Tim Kono?”