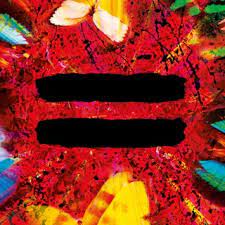 To Ed Sheeran, the equals sign symbolizes life, either the start of life of the end.

“Equals” was released on Oct. 29. There are no features, with production from Johnny Mcdaid, Fred Again and many more. This follows the formula Sheeran has gone all through his career, but Sheeran has had some changes in life since his last album because now he has a kid. This is a topic he talks about on this album.

He kicks the album off with “Tide” where he immediately talks about fatherhood, “I have grown up, I am a father now, Everything has changed but I am still the same somehow.” Sheeran sang.

This is a song where Sheeran goes in-depth about his confidence and how his child helps him cope with his biggest fears. A strong start for him. Anytime an artist can confess their fears and how they overcome them is an interesting experience.

Then on the tracklist came his third single,”Shivers” where he revisits his famous formula of discussing the love he has for his partner. A good concept, but I feel the chorus wasn’t a strong point of the song.

Next, Sheeran follows with his first single, “Bad Habits” a super successful song with an amazing beat, courtesy of Sheeran himself, Fred Again and Johnny Mcdaid.

Sheeran sings, “my bad habits lead to you.”

This song was amazing. The structure was great with a very catchy hook and beat. A strong point on this album.

It was good to hear from Sheeran again because he has a certain energy that makes for good vibes. Sheeran is easily relatable; that has never been a problem for him, but I would definitely like to see more of him bringing out a different emotion like he did on a couple of records on this album.

Overall I enjoyed the album. Sheeran did a great job of expressing himself while keeping the songs strong for the most part. Sheeran is definitely still the incredible artist he’s been on his last albums.