The lost tradition of caroling 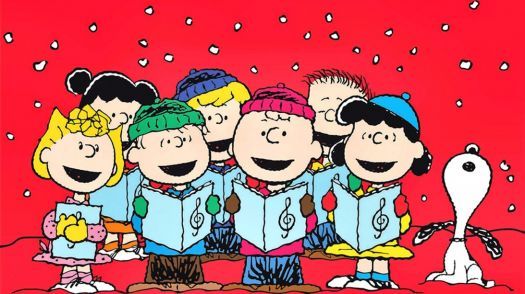 From "A Charlie Brown Christmas"

A carol is defined as “a dance or song of praise and joy.”

Caroling is one holiday tradition that is more frequently seen in movies instead of real life. Unlike tree decorating, light displays or large feasts, the act of singing for fellow neighbors is currently much less popular than it used to be.

Originating in Europe thousands of years ago, caroling actually began as a Pagan tradition. Tunes were sung to commemorate the shortest day of the calendar year, known as Winter Solstice, occurring at the end of December.

Years later, Christians started centering the theme of the songs around Christmas, coming up with many popular tunes such as “O Holy Night” and “Silent Night.” With the publication of caroling collections in the Victorian era, the act grew widespread.

Although many individuals associate caroling solely with the Christmas holiday, groups from various backgrounds used to put on vocal performances to spread cheer, and now recognize the songs.

“One notable aspect of carols is their ubiquity. For at least a month a year carols can be heard not only in churches but also in elevators, shopping malls and automobiles. They are known across cultural, national and even religious boundaries,” said David W. Music, the Graduate Program Director in the School of Music at Baylor University.

In the modern era, however, caroling is practically nonexistent.

A 2013 Pew Study states that while 36% of Americans remembered going caroling as a child, only 16% went as adults.

Caroling rates are even lower in recent years.

The ease of recorded music, as well as passive entertainment forms such as television, are suspected contributors to the decrease in participation.

“I remember the only time I went caroling was with the girl scouts. I’m not sure if they still do that anymore,” said CYHS junior Madisyn Ripley.

Although caroling may be a dying activity, the reason for it – to brighten people’s spirits – can be looked upon fondly. There are plenty of other ways to spread gaiety during the holidays.