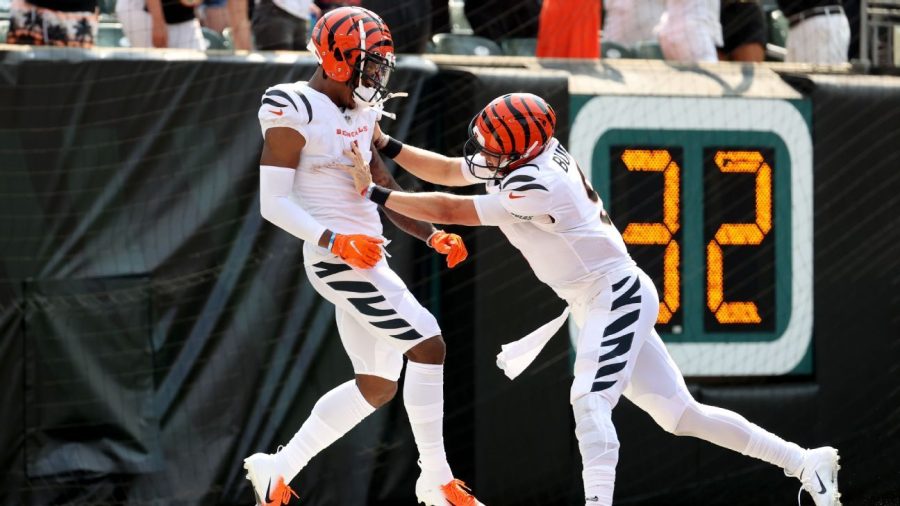 In the American Football Conference (AFC), the Cincinnati Bengals had another monster week with a win over the Kansas City Chiefs. Joe Burrow has had 971 passing yards and 8 passing touchdowns in the last two weeks, making Cincinnati one of the most dangerous teams in the league. On Monday night, the Steelers stayed alive in the playoff hunt with a win over the Cleveland Browns.

There are still many teams on the border of playoff berth as well as fighting for the first seed in their division.

The Bills didn’t lock up the AFC East yet, however, they clinch the AFC East in Week 18 with a win against the Jets. The Patriots clinched a playoff berth with their win over the Jaguars, but New England can win the AFC East with a win and a Buffalo loss to New York. The Dolphins and Jets come up short, as they are eliminated from the playoffs.

The Bengals have clinched the AFC North with their win over the Chiefs. The Steelers remain alive in the AFC playoff race after their win on Monday night against the Browns. The Steelers can clinch a playoff spot with a Week 18 win over Baltimore, also with a Colts loss. It does not look good for the Ravens after a week 17 loss to the Rams. Baltimore is 11th in the conference and needs a Week 18 win with help in order to make the playoffs. The Browns fall short after losing to Ben Roethlisberger, probably for the last time ever.

The Titans clinched the division title with their win over the Dolphins on Sunday, as well as hold the No. 1 seed in the AFC. Indianapolis needs just a win over the Jaguars in Week 18 to lock up a playoff spot. The Colts are the No. 6 seed in the conference, even though they have the same record as the Chargers and Raiders. The Texans and Jaguars are both eliminated, however, they hold two of the top three picks of next year’s draft.

The Chiefs fell out of the No. 1 seed with a loss to the Bengals and are currently the No. 2 seed. The Chargers eliminated the Broncos from the playoff race with their win. They are currently the No. 7 seed. The Raiders’ win keeps them in the AFC playoff race, tied with the Colts and Chargers at 9-7. The Broncos are last in the AFC West, eliminating them from the playoffs.

Dallas lost its chance at home-field advantage with a loss to Arizona. The Cowboys fall to the No. 4 seed. The Eagles clinched a playoff berth Sunday night, thanks to the Packers beating the Vikings. Washington and the New York Giants have another poor season, eliminating them from contention.

The Packers clinched the No. 1 seed in the NFC with a win over the Vikings on Sunday night. The Vikings, Bears and Lions are all out of the playoff hunt, making the NFC North one of the worst divisions in football.

The Buccaneers are the No. 3 seed in the NFC after coming back and beating the Jets, despite wide receiver, Antonio Brown, quitting mid-game. The Saints are still alive in the NFC playoff race after their win over the Panthers. New Orleans is one game behind Philadelphia and San Francisco for the final playoff spot as the No. 8 seed. The Falcons and Panthers fall to the bottom of the division, not getting into the playoffs.

The Rams clinch the NFC West with a win over the 49ers in Week 18 or a Cardinals loss. The Cardinals will win the NFC West with a win and a Rams loss in Week 18. Arizona can’t be lower than the No. 5 seed in the playoffs. The 49ers clinch a playoff spot with a win over the Rams in Week 18 or a Saints loss to the Falcons. San Francisco is currently the No. 6 seed in the NFC. The Seahawks are eliminated from the playoffs and would have the No. 7 pick in the draft next year, but that goes to the Jets due to the Jamal Adams trade.