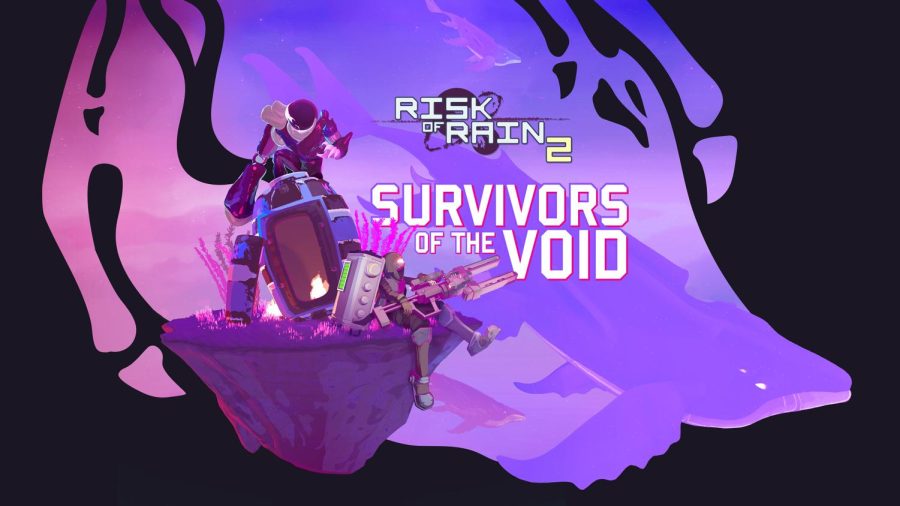 “Survivors of the Void” is the newest expansion to the game “Risk of Rain 2” and it has fans going crazy. Now that it was released, did it survive the excitement or get lost in the Void?

Did Survivors of the Void “survive” expectations? (OPINION)

The hit 2020 video game “Risk of Rain 2” quickly soared to top charts lists for many reviewers. The game’s developers, Hopoo Games, were ecstatic with the amount of support it received. They were so ecstatic in fact, that they decided to release a paid expansion for the game, known as “Survivors of the Void” (SotV) March 1, 2022.

“Risk of Rain 2” was a popular game for many reasons, like its creative art style and fun characters, but it is mostly known for its replayability. The game involves a rag-tag team of characters looking to explore a foreign planet as much as they can while defending themselves from the local fauna. Every attempt at winning is different with randomized levels and obtainable loot provided to players.

“Players with enough experience can master the ins and outs of each character, enemy and challenge, while newer players can still have fun with that ‘new game experience,’” said Natalie Lindner, games features writer for Screen Rant.

SotV planned on almost doubling the size of the base game, and it accomplished that exact task. The expansion adds two new playable characters, five new levels to explore, a plethora of new enemies and collectible items as well as a brand new final boss and ending to wrap it all together. With all of these new features, can players say the content was worth it?

“While the game threatened to become stagnant with its base content, ‘Survivors of the Void’ provides a fresh addition of randomized mechanics that makes the gameplay that much more exciting,” said Lindner.

The most enjoyable and justifiable reason for purchasing the expansion would be the two new playable characters, the Railgunner and the Void Fiend. While many of the existing characters in “Risk of Rain 2” are straightforward and provide players with a fun experience, the Railgunner and the Void Fiend take gameplay to the next level. The Railgunner focuses on aiming at precise targets and reloading shots in a rhythm. She also features a first-person scope, which allows players to see the game in a whole new light compared to other characters. The Void Fiend is no slouch either, having two different forms to manage. Players must balance these forms to be as successful as possible.

“Both characters can appeal to new and old players alike, and each is accompanied by a collection of new achievements and challenges to complete,” Lindner said.

The new levels are also gorgeous and fit well into the atmosphere of the game. Each level is well crafted and a spectacle to both look at and explore. The levels are also riddled with secrets so that players who spend hours in the expansion will still be finding new things within them.

“People are going to have fun exploring the worlds we created with their pals,” said Jonathan Cheetham, community manager of Hopoo Games.

The only downside to the expansion would be how overpowered some of the new items and characters are. In certain cases, collecting a specific item will allow players to take the game in strides. Additionally, the Railgunner alone basically guarantees a free win. Though in a game as customizable as “Risk of Rain 2” players can pick and choose how they want their experience to go. If they want to limit themselves, they have that ability.

Overall, “Survivors of the Void” is a great addition to “Risk of Rain 2.” The modest price of $15 makes it affordable to players looking for an experience they will not forget.

“Again, I wanted to say thank you – it’s been an amazing experience launching Survivors of the Void and we’re very proud of the final product,” said Cheetham.