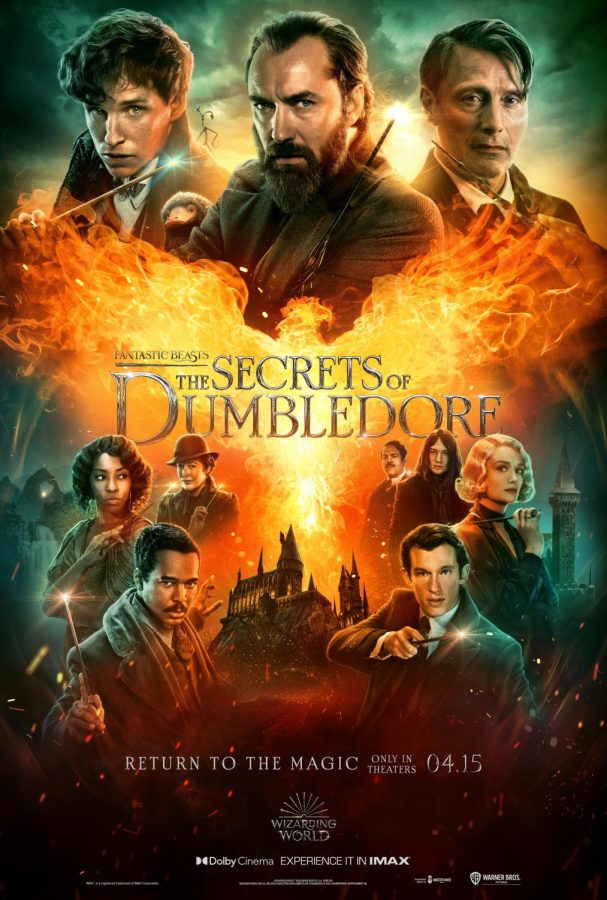 It’s no secret that the Harry Potter series is one of the most popular works of fiction in the modern age; however, some fans feel that the new Fantastic Beasts movies have hurt the franchise’s reputation. And with the newest installment into the Wizarding World, “Fantastic Beasts: The Secrets of Dumbledore”, fans of the franchise are hoping that it can successfully capture the magic of the original series.

“Fantastic Beasts: The Secrets of Dumbledore” (directed by David Yates and written by J.K. Rowling with Steve Kloves), is the third installment in the Fantastic Beasts franchise, a prequel to the Harry Potter series. It follows Newt Scammander (Eddie Redmayne), a magizoologist wh finds himself wrapped up in the growing conflict between Albus Dumbledore (Jude Law) and crazed wizard Gellert Grindelwald (Mads Mikkelson). It’s a relatively simple plot compared to the other two Fantastic Beasts movies, toning it down on the amount of subplots and focusing more on conflict with Dumbledore and Grindelwald.

And although the plot is much more simplistic, it is the movie’s biggest downfall. It’s full of conveniences, unnecessary characters, and predictable moments. It also seems as if the movie forgot about the franchise’s name as well, seeing that it possesses very few magical creatures, excluding one (which is crucial to the plot) that feels as if it was shoved in to meet a quota and remind the audience that they’re watching a Fantastic Beasts movie.

“Fantastic Beasts: The Secrets of Dumbledore” is not a bad movie, however. If you look away from the rather flawed plot, you’ll find an amazing film with beautiful visuals, an amazing score by James Newton Howard and fun loving characters played masterfully by a very talented cast: Law, Mikkelson, Redmayne, Dan Folger, Ezra Miller, Allison Sudol and Jessica Willaims to name a few, with standouts being Law, Mikkelson, Redmayne and Folger in their rolls as Dumbledore, Grindelwald, Newt and Jacob Kowalski, respectively.

In all, even though “Fantastic Beasts: The Secrets of Dumbledore” is a flawed movie, it isn’t bad. It redeems itself with every other area stitched together fantastically. And even if it doesn’t capture the magic of the original Harry potter series, it is a fun watch, especially for fans of the Wizarding World.